MYANMAR: Torture, forced confession and a death sentence in Myanmar: the case of Phyo Wai Aung

On 8 May 2012, a judge in Yangon sentenced young engineer Phyo Wai Aung to death for his alleged involvement in a bombing attack in 2010 that killed 10 people and injured scores. His trial began on 30 June 2010, when Myanmar was still under a military junta. Since then, many important social and political changes have occurred in Myanmar; however, the manner in which this case has been conducted and its outcome speak to the continued political control of the judiciary, and continued authoritarian tendencies in institutions of justice in Myanmar that enable officials to use the courts to persecute rather than protect citizens.

Of the many and manifold violations of domestic and international law in the case of Phyo Wai Aung–whom the Special Rapporteur on the situation of human rights in Myanmar has met in prison and on whose case he has written in a number of reports (recently, A/HRC/19/67, 7 March 2012)–we wish to highlight the following:

a. Illegal arrest: A group of plain-clothed officials came to arrest Phyo Wai Aung at his residence late on 22 April 2010, a week after the bombing. They did not properly identify themselves. They did not have an arrest warrant. They said that he would have to go with them for “a short time”. They did not take him to a judge or a regular police station. They did not lodge any other documentation with which to initiate a criminal case or detain the accused on that date. Instead, they took him a special interrogation centre.

b. Illegal detention: Special Branch police held Phyo Wai Aung for eleven days straight, of which for the first six days and six nights they tortured him to confess to involvement in the bombing. They testified in the trial that on 23 April 2010 they obtained a detention order from a court. However, no such order was ever submitted as evidence. Even if such an order were issued, it would be contrary to law, because the court that the police named as issuing the order was not the court with jurisdiction over the case. The defendant denies ever being taken to get such an order.

c. Torture: Special Branch police for six days assaulted Phyo Wai Aung and forced him into stress positions for hours on end to have him confess to involvement in the bombing. They stripped him and burned his genitalia with lit newspaper, and dripped hot wax onto them. During this time neither his family nor lawyer could contact him, and he was not fed or allowed to change his clothes. The police variously threatened Phyo Wai Aung that if he died in custody it was nothing to them, that if he did not confess they would make him an accused, and that if he confessed they would make it easy for him; that he would not go to jail, or would go only go for a short time. Although Phyo Wai Aung named some of the officers responsible for his torture in court, they were not called or examined.

d. Illegally obtained confession: Police Captain Win Maung testified that Phyo Wai Aung confessed after six days of interrogation. According to law, a defendant who says he wants to confess should be taken promptly to a judge. Therefore, the police should have taken the defendant to court on 27 April 2010. However, they did not take him until 3 May 2010, once they had coached him on what to say. The judge taking the confession, Judge Win Swe, failed to do his basic duties. He did not ask the accused how long he had been held in police custody, or check if the custody was lawful. He did not warn him that he was not under any obligation to confess. He did not check the body of the accused for evidence of torture. He also recorded on the confession that all questions and answers had been written in full, but when he testified in the trial, he admitted that he had only recorded a summary of what the accused had said, casting doubt upon the entire contents of the confession.

e. Closed trial: The Supreme Court ordered that the trial be held at the central prison. The defence requested a copy of the order. It did not get one. Not only was the trial not held in a public location but the family of the defendant also was for the first 14 months of the trial refused entry to the courtroom.

f. Problems with judges: Four judges heard the trial. Phyo Wai Aung’s lawyer twice applied for recommencement of the trial with new judges, but his applications failed. At least one of the judges made irrelevant and prejudicial comments towards the accused, and did not sanction police who insulted and intimidated him.

g. Fabricated evidence: The police submitted an immigration travel permit that supposedly shows that the accused went to the border of Thailand and Myanmar on 11 May 2010: in other words, eight days after the defendant gave his forced confession, and almost three weeks after the police had arrested him. The police also submitted a list of supposed telephone calls between the mobile phone of the defendant and the other accused. But the list was not taken directly from the phone database. Instead, it was on a computer spreadsheet, which anybody could make up.

h. Contradictory evidence: The chief of police, Brigadier General Khin Yi, said in a press conference days after Phyo Wai Aung’s forced confession that the police had found one of the terrorists responsible for the April 2010 bombing. The prosecutor submitted the news reports as part of the evidence. However, on at least 15 points the contents of the press conference as reported in the media were incorrect. Furthermore, the police submitted a map of the scene of the crime, with distances recorded between the sites of three explosions, but another map they submitted contained different distances. Photographs of the locations of the incident site also were inconsistent, as were the testimonies of police officers on specific facts.

i. Omitted evidence: The police pressured a business associate of Phyo Wai Aung who could provide him with an alibi to give a statement before the trial began; however, no details of the pre-trial statement, which was extremely important to the defence case, were given to the court. The business associate also gave the police receipts for materials that he and the defendant had purchased on the day of the incident, the details of which are consistent with Phyo Wai Aung’s testimony that he had been working on a job renovating a supermarket at the time of bombing; however, the police likewise did not submit these records to the court.

j. Inadmissible evidence: Not only did the court not receive evidence for the defence, but it also allowed inadmissible evidence for the prosecution. Police witnesses testified about statements that the accused made when in custody. These statements are inadmissible against the accused; however, when the defence attorney tried to have them struck from the record the court overruled him. Hearsay statements by police officers were also recorded in evidence. And according to the Criminal Procedure Code, whereas witnesses can under certain circumstances refer to notes but cannot read verbatim from prepared statements, one police witness testified directly from start to finish off around 10 A4 pages, and from a notepad of around 80 pages.

k. Denial of right to defence: When Phyo Wai Aung’s lawyer came to meet him in prison before trial, Special Branch police officers listened and recorded their discussion. When the defendant gave the names and details of police officers who had tortured him, a police inspector stopped the lawyer from recording details. Later, a Special Branch police officer masqueraded as a prison officer to listening to the conversations. The prison officers also limited the lawyer’s visits to his client to one per month. In trial, the presiding judge curtailed the cross-examination of two police witnesses. The court also refused to allow the defence access to, and copies of, documentary records submitted as evidence by the police. Furthermore, after over a year of hearings from more than 60 prosecution witnesses, the judge allowed the defendant only six days to testify, which was insufficient time to respond to all of the prosecution case.

Despite all the above flaws, on May 8 District Judge U Aung Thein convicted Phyo Wai Aung–who is currently suffering from tuberculosis, liver illness and Hepatitis-B and who has complained of not getting adequate medical treatment in prison–of seven charges in four cases, and sentenced him to death for one of the charges and to a total of 39 years in jail for the others. To convict the accused, the judge relied primarily on the confession obtained through the use of torture.

Observing this case, the Asian Legal Resource Centre is concerned that whereas other institutions and their personnel in Myanmar have in the last year begun to show signs of change in response to the newly emergent political conditions in the country, the judiciary, the police, prosecutors and other agencies concerned with the handling of criminal cases have not. Indeed, in the long run the eliminating of authoritarian tendencies from these agencies could prove to be a more difficult task than from other parts of the state apparatus.

The case also speaks to the problem of the continued heavy reliance on torture to extract confession as the basis for conviction in criminal cases in Myanmar. From the work conducted by the ALRC on Myanmar over the last decade, we have observed that this method of conviction through use of confession is widespread, and is a feature of all types of criminal cases, not only those with a political or special quality, as in the current case. Indeed, the Supreme Court reports themselves attest to the continued heavy reliance on confession. Therefore, the Centre has reached the conclusion that the prevalence of torture in Myanmar will be addressed only through a reduction in reliance on confession.

We also regret to learn that after his sentence, Phyo Wai Aung was diagnosed with advance liver cancer and he only has a short time left to live. Furthermore, according to his family, he is in severe pain that prevents him from lying down or sleeping, throughout his time in the central prison since 2010 he has not obtained specialist treatment. Despite the family’s interventions on the case, and those that the ALRC and other groups have undertaken, Phyo Wai Aung has not received specialist medical attention of the sort stipulated in rule 22(2) of the Standard Minimum Rules on the Treatment of Prisoners.

In light of the above, the Asian Legal Resource Centre calls on the Government of Myanmar to:

a. Pardon the accused, or remit his sentence, so that he can go home and live the remainder of his time in peace; and, ensure that he obtain the necessary medical attention without cost to his family.

c. Amend the Evidence Act, Criminal Procedure Code and Courts Manual to reduce significantly the evidentiary value of confession in criminal cases; and, to impose more stringent requirements on the taking of confession and the accepting of confession as evidence than exist at present–in particular, to remove the presumption that a confession is valid if it appears to have been taken by a judge in accordance with procedure; and, 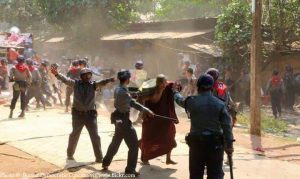 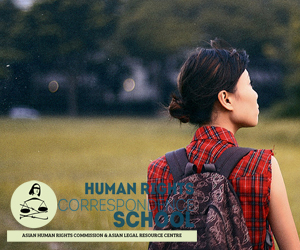 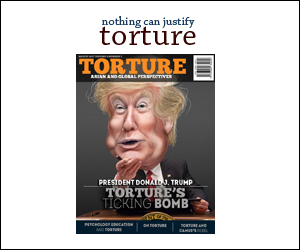 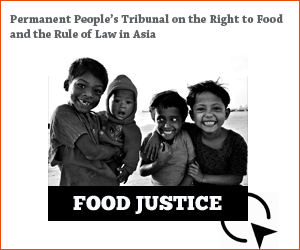